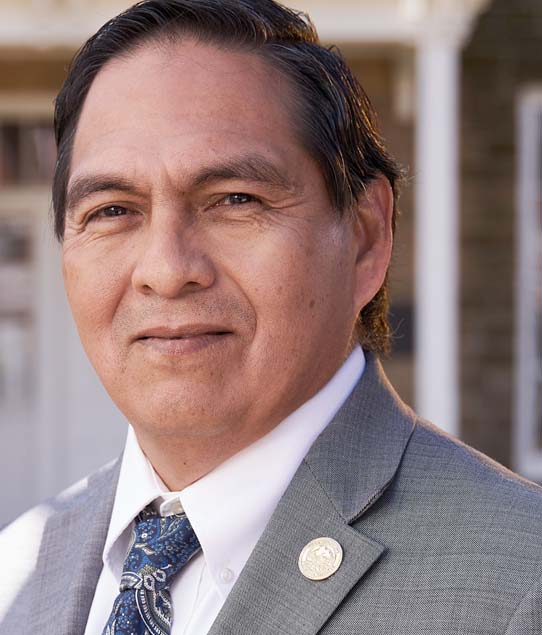 David W. Hill was elected the seventh Principal Chief in the modern era of Muscogee (Creek) Nation tribal government on December 7, 2019. Prior to being elected Principal Chief, Hill served three consecutive four-year terms as a representative of the tribe’s legislative body, the National Council, after 30 professional years in the aerospace industry. Throughout his first term in office, Chief Hill’s leadership has brought the tribe global recognition for its proactive response to the COVID-19 pandemic and for the Nation’s fierce battle to uphold sovereignty in the wake of the historic Supreme Court decision affirming the Muscogee Reservation. Chief Hill’s leadership was recognized by TIME Magazine, as he was named one of 2020’s 100 Most Influential People. 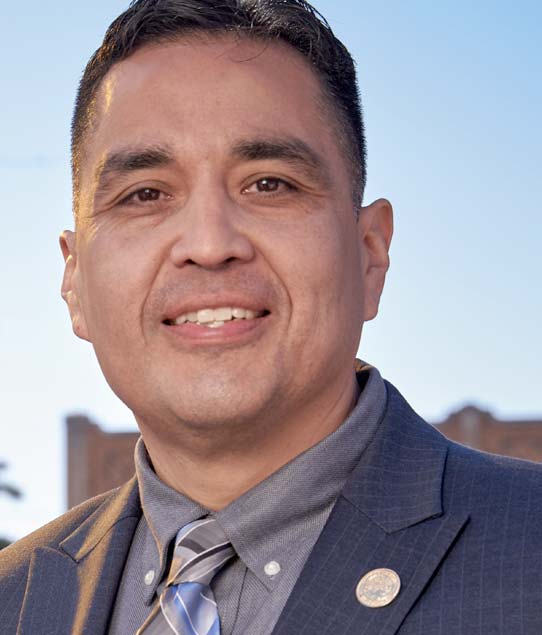 Del Beaver was elected Second Chief of the Muscogee (Creek) Nation in November 2019 and is a second-generation tribal leader.

Beaver is the son of Mariam (Bruner) Beaver and the late R. Perry Beaver, who served as MCN Principal Chief for two terms (1996-2003).  He is of the Aktvyahcvlke clan and his tribal town is New Tulsa.

After graduation Jenks High School, Beaver received both a Bachelor’s and Master’s Degree from Northeastern State University in Environmental Management and Operations Management respectively.  From 2005-2016, he served the Muscogee Nation in the Office of Environmental Services including the last four years as Director.  Under his leadership, the OES enjoyed tremendous growth and expansion which included the Nation’s very first Recycling Center and several added resource programs within the department.

In 2016, Beaver began his public service career as he was elected to the National Council representing the Okmulgee District, and held the office until being elected Second Chief.

Away from his executive leadership duties with the Nation, Beaver is also the Associate Pastor at Native Stone Baptist Church in Sapulpa.  He and his wife Rhonda (Lowe) reside in Morris and are the proud parents of children Isaiah, Olivia and Adele.